A fire has destroyed a Huntsville home 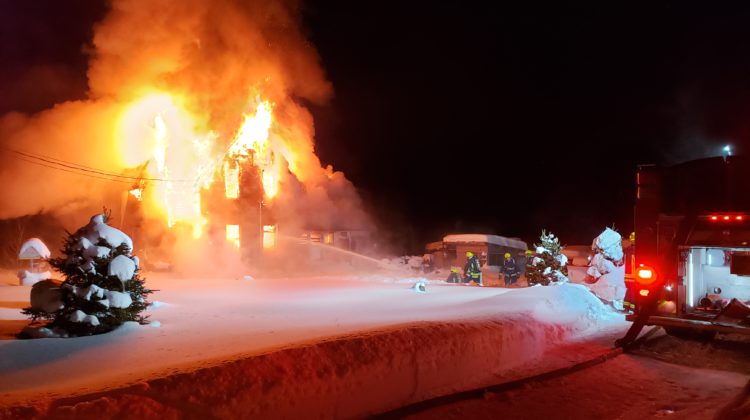 Just before 10:30 pm on Tuesday night, Huntsville/Lake of Bays Fire Department was on Domtar Road to try and put out the blaze.

When they first arrived, they say flames were coming out from the second story of the home.

Firefighters say the cold temperatures and limited access to water made it tough to get ahead of the fire. Crews also had to deal with a partial collapse which made it unsafe to enter the home. An excavator had to be brought in so that firefighters could access the hot spots.

Officials say the home suffered approximately $450,000 worth of damage, no injuries were reported, and the investigation is ongoing to determine what caused the fire.

There is a Go Fund Me set up to help support those who were affected by the fire.