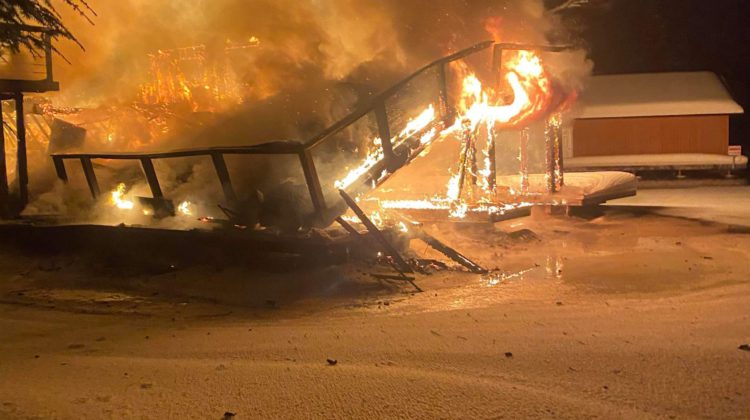 The Muskoka Lakes Fire Department was impeded by a snow-covered driveway for a second time in three days.

Firefighters responded to a call at a boathouse on Mortimers Point Road early Wednesday morning. Officials report it was a “fully involved structure fire” that was threatening a nearby cottage.

“The fire was tough to access due to a snow-covered driveway,” officials say. “Please clean your driveway.”

It happened just hours after its Fire Chief Ryan Murrell spoke to the MyMuskokaNow.com newsroom about the importance of keeping your driveway clean.

He said that crews were held up for seven minutes because of an unclear driveway when responding to a call Sunday afternoon.

“Every few minutes in an emergency can be life or death or determine whether or not we’re going to save a structure,” Murrell said.