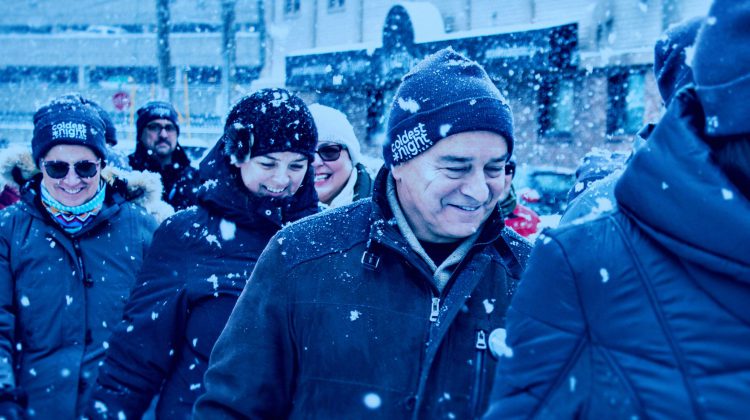 With 19 days left until the event, there has so far been 42 registered walkers, 11 teams, and almost $25,000 raised for the local Table Soup Kitchen Foundation.

Heather Cassie, Event Director and CEO of the Table Soup Kitchen Foundation, says that they are “really excited” since they are getting closer to achieving their goal of raising $45,000.

“This is actually the highest goal we’ve ever had. Last year our goal was $35,000 and we actually exceeded it. So we thought, let’s go for something bigger this year. We know people are really rallying around food security and housing, which is a big piece of what The Table does. We feel like $45,000 is an attainable goal for us,” said Cassie.

Out of the $24,954 raised so far for this year, Cassie added that a Huntsville man has already raised over $12,000 and is ranked 4th in Canada for most money raised.

There won’t be any large gatherings this year but Cassie hopes that when people do go out to walk on February 20th that they’ll walk in the downtown core to be more noticeable.

There are no limits of teams or walkers, and anyone can register for the 2-5 km walk. You can register at https://cnoy.org/location/huntsville