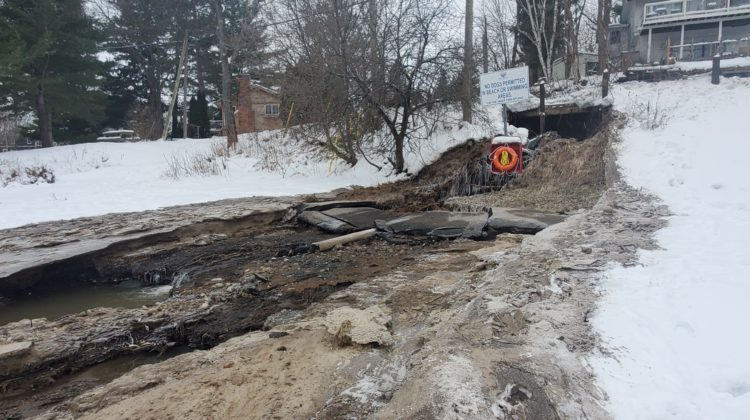 District of Muskoka Chair John Klinck says a third-party is being brought in to investigate the cause of the water main break that put Bracebridge in a boil water advisory for five days.

“That third party will have a look at all that transpired and report back to District council,” he explains. Klinck says it will give a “frank summary” of what transported and recommendations for what to do going forward.

The plan to bring a third party in was brought forward during the District’s monthly Engineering and Public Works Committee meeting earlier this week. Klinck says they had a “protracted” discussion about the break. “We discussed what transpired, what we learned and what we could do differently,” he says.

“The occurrence itself that we couldn’t have possibly anticipated,” he says. Klinck says there were no problems with the system until it broke earlier this month.

The District’s Director of Water and Sewer Operations Marcus Firman told the MyMuskokaNow.com newsroom earlier this month that the pipe that broke was installed in 1994, which is fairly new for PVC pipes. “That may seem like a long time, but the expected life for a PVC pipe is anywhere up to 100 years,” he explained.

Klinck says the committee meets every month and he hopes to hear back from the third-party investigators by the time they meet again in February. “We need to get to this because if there are significant lessons to be learned, we need to make sure it doesn’t happen again,” he says. “Mother Nature and her forces sometimes play into our lives and we can’t control that.”