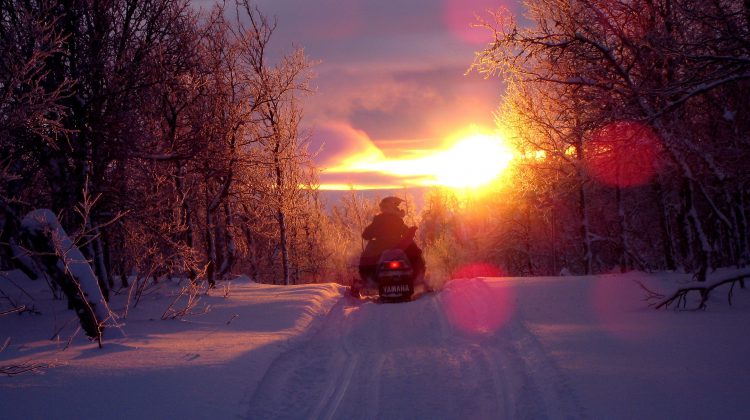 A temporary solution has been thought-up by Bracebridge council, but the Muskoka Field Naturalist Club is hoping more protection is given to the trail that’s affectionately called the “Chickadee Trail.”

The trail is 600 metres running west to east between the Henry Marsh and the Trans-Canada Pipeline.

Bracebridge council decided last week that a new snowmobile-only trail will be made adjacent to the existing multi-use one. Thanks to help from the Muskoka Sno-Bombers Inc. snowmobile club the trail was carved out and is currently being groomed. Parks and Trails Foreperson for the Town of Bracebridge Gillian Mitchell explains 400 metres of the Chickadee Trail will now be exclusive to those wanting to sight-see.

Acton-Riddle describes the Chickadee Trail as perfect for walking. She explains that a number of years ago, seven or eight bird feeders were hung up along it, which eventually attracted all kinds of wildlife – including Chickadees, other types of birds, Deer and Squirrels. Over the years though, Acton-Riddle says “some” snowmobilers tried to ride it. “It gradually developed over the years as a flat walking trail for all ages – especially seniors,” she says.

Acton-Riddle says allowing sledders on the trail will disrupt the organic ecosystem that was created. “It leaves fumes and the noise,” she says. The environmental aspect is important, but she says it also affects the people who like to walk the trail. “It would be detrimental to a lot of seniors,” she says. Acton-Riddle says she’s taken her friends and groups she’s a part of for walks along the trail. “One woman said to me ‘I have lived here 30 years and I didn’t know this trail existed’ and she said ‘I have never had that kind of experience with a bird,'” she explains.

A petition was created by the field naturalists that garnered over 500 signatures asking the town to consult them before any decision is made on the trail’s future usage rights. “I collected some of the comments that really spoke to how important the trail is to locals,” Acton-Riddle says.

Mitchell says the plan approved by Bracebridge council is only being done for the 2021 season. In the spring, the Active Transportation Advisory Committee will do a public consultation about the future of that section of the trail. “That’s when we will determine a permanent plan,” she says.