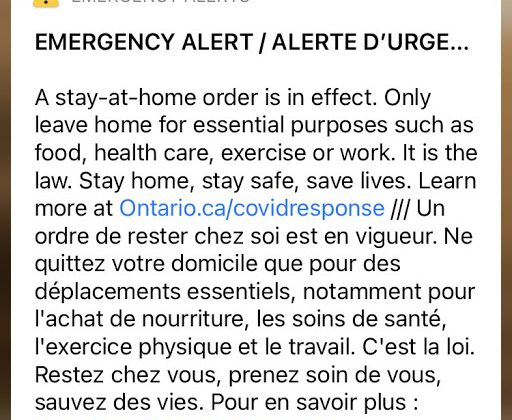 An emergency alert has been sent out in Ontario reminding residents a stay-at-home order is now in effect.

The alert was sent through the Alert Ready broadcast system just after 10 o’clock Thursday morning to all cellphones or devices connected to cellular networks.

It was also broadcast to all TVs and radio stations.

Ontario declared a second state of emergency earlier this week and issued a stay-at-home order that came into effect at 12:01 a.m. Thursday.

Officials say the alert will be active on televisions and radio stations for 15 minutes, and on cellphones for five hours.