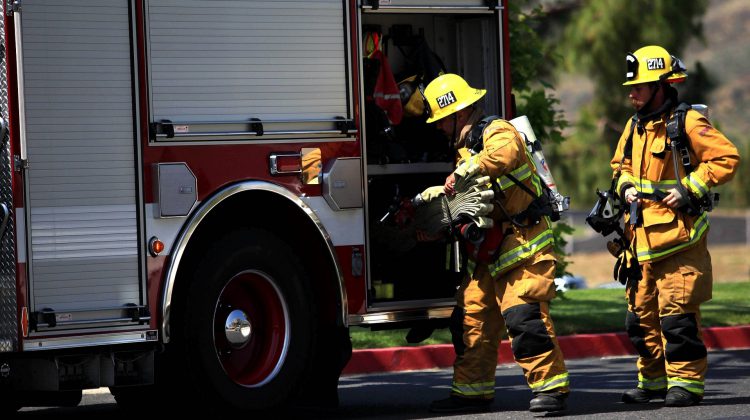 Whether the lights are red and white or green, the Bracebridge Fire Department says you need to move out of the way.

Bracebridge’s Deputy Fire Chief Jared Cayley says while people know to move over for a fire truck, police car or ambulance when its lights are flashing, not everyone is where a green flashing light is just as important. He explains a green light means a volunteer firefighter is behind. “They are going to be heading to their home fire station,” he says.

While it’s law for you to get out of the way of an emergency vehicle if its lights are on, it’s not for a volunteer firefighter. Cayley says it’s just a courtesy light.

He says that no matter what colour of flashing light is behind you, it’s important that when you do move over, you do it safely. Cayley says you need to move over as quickly as possible, but you have to make sure you’re not putting yourself in a dangerous spot by doing so.