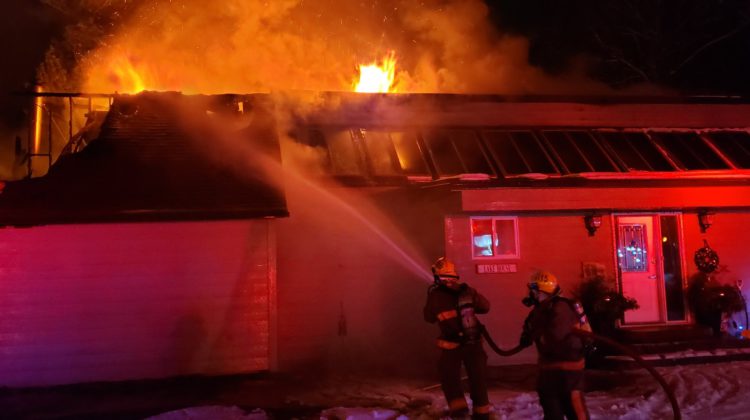 Thanks to their dog, two people in Port Carling escaped a house fire without injury.

Around 2 Sunday morning, 25 firefighters with the Muskoka Lakes Fire Department responded to a call at Indian Point Road. Fire Chief Ryan Murrell says the fire started in the garage attached to the home. The occupants were asleep and didn’t have a fire alarm in the garage so they were unaware. Murrell says it was their dog that alerted them to the fire. “People tell me their dog was resteless or the dog was whining right before the fire occured,” he says about other times dogs have saved people from a house fire. “And that’s exactly what happened here.”

“Dogs have a higher sense of smell and know when something isn’t right,” he explains.

Once the occupants got up, he says they quickly called the Fire Department and got out of the home. Murrell says they had a short period of time to get out. “But they did get out, which is always the best result,” he says.

Murrell says he hopes this serves as a warning to people to get a smoke alarm in their garage. “If you can get inter-connected smoke alarms, they do make wireless ones that can go into your garage,” he explains. “It will give you more warning.”

The cause of the fire is under investigation.