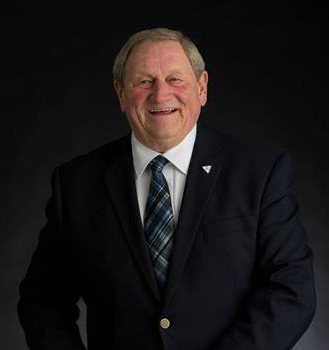 Gord Durnun has been named by Gravenhurst council as the town's 2020 Senior of the Year (Photo supplied by: Town of Gravenhurst)

Gord Durnan has been named by Gravenhurst council as the town’s 2020 Senior of the Year.

“Gord has served our community and the entire District of Muskoka in countless ways,” Mayor Paul Kelly said. “His dedication to volunteerism is without precedent in Gravenhurst. He has contributed many hours over many years to the South Muskoka Hospital Foundation, Muskoka Community Foundation, Gravenhurst Rotary Club, Gravenhurst Against Poverty, Community Spirit Awards, and many other organizations. He certainly is a deserving recipient of this award.”

Durnan – and others that were up for the award – were nominated by people in the community.

Town officials noted he helped launch the Muskoka Community Foundation in 2007. The foundation celebrates the work of volunteers and charitable organizations throughout Muskoka. It also highlights young leaders in the community.

Durnan has said his “most satisfying volunteer experience” has been serving as Chair of the Committee and Master of Ceremonies for Gravenhurst council’s Community Spirit Awards program. He’s held that position for nearly three decades.

“Heritage” Hank Smith was the 2019 Senior of the Year in Gravenhurst.