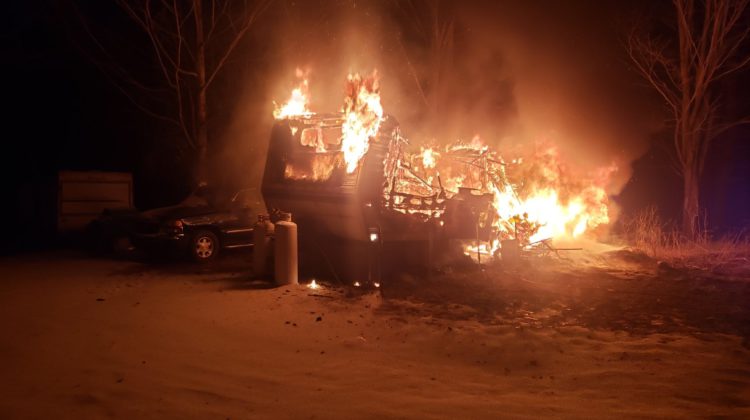 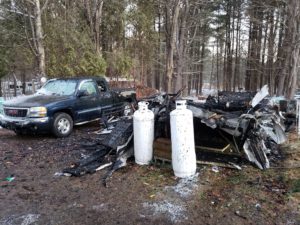 A trailer fire in Gravenhurst resulted in $30,000 worth of damage.

The Gravenhurst Fire Department reports they were called to the scene off of Highway 11, south of Canning Road around 6:20 Tuesday morning. Stations one, two and three responded to the fire.

When they arrived, the trailer was fully engulfed.

Firefighters were able to get the fire under control less than 10 minutes after arriving at the scene.

No injuries were reported by the Fire Department and the fire didn’t spread to any neighbouring buildings.