Moving to red zone a possibility for Simcoe-Muskoka 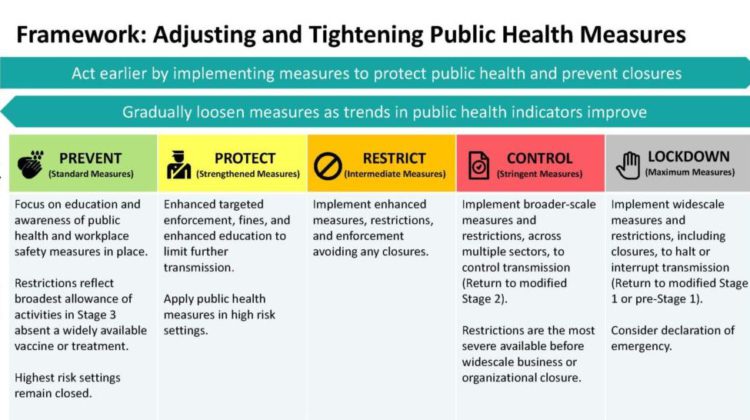 During his weekly briefing, Simcoe Muskoka District Health Unit’s Medical Officer of Health Dr. Charles Gardner says there is a “significant likelihood” the region will move into the red zone in the coming weeks.

Currently, Simcoe Muskoka is in orange-restrict. The region was moved into that level in late November.

Gardner cited COVID-19 cases in the area continuing to be on the rise. “I think this is a warning to us that if we don’t stabilize and bring things back down, we’d be moving toward the red category,” he said. “If it doesn’t happen in a week, it’s likely to happen within two. If we don’t flatten the curve, we’re at high risk.”

If Simcoe Muskoka does move into the red-control category, restrictions would be put in place limiting public gatherings to five people indoors and 25 outdoors. Only 10 people would be allowed in a restaurant, with four people per table. Food establishments would also need to be closed by 10 PM every night.

Already this week, the Health Unit is reporting 215 cases, which is closing it on the record of 231 that was set last week. Seven of the cases reported in the past week are in Muskoka.