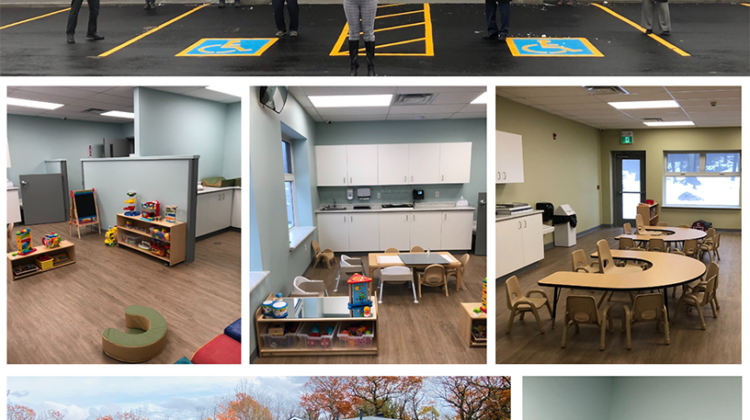 The expansion to Macaulay Tree House that was approved in 2018 has been completed.

It will see 73 early childhood education spaces added thanks to the creation of what is being called the west campus in Bracebridge. Executive Director of Macaulay Tree House Leesa Horsfield says the spots will be filled by those already on their waiting list.

“We are thrilled to finally be welcoming families into the West Campus,” Horsfield says. “The expansion not only brings 73 child care spaces to Muskoka but has also created 16 new full-time positions and five part-time positions for our day nursery.” The new positions include Early Childhood Educators (ECE) and assistants, cleaning and maintenance staff, co-op and student placements, an administrative position, and a cook.

“Our waitlist may have been two years before,” Horsefield explains. “I would say maybe it would be around a year now.”

“I don’t know any greater thing to do for your community than to offer something so that all families can get quality childcare,” Horsfield says.

She says there will be no change to service at Macaulay. “A lot of staff in our current building have worked here for over 20 years,” she points out. “I think that speaks to our centre and how we all come together here.” With the expansion, Horsefield says new staff members have been brought on.

A before and after school program at Muskoka Falls Public School is also being worked on. Horsefield says Macaulay obtained a daycare license which allows them to open 24 spaces in the school. “We hope to open those sometime next year,” she says.

To get onto Tree House’s waitlist, you need to fill out the form available on their website.