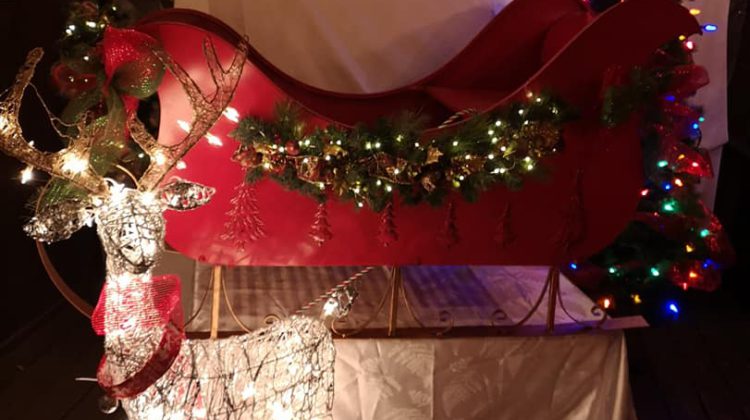 The stolen reindeer has been found. (Photo via Erika's Bakery Facebook page)

Police are investigating after a LED reindeer decoration was stolen from outside a local bakery.

On Saturday, two people who have not been identified made off with the decoration from the porch of Erika’s Bakery in Dwight.

They were in a Dodge Ram pick up with a snowmobile in the back.

“We couldn’t get the license plate but we know it was a truck and it had a snowmobile on the back of it. That’s pretty much all the information we do know. It was stolen just before we closed around 4:50 p.m. It really surprised us that someone would be that bold and take it, especially while we were open.”

The bakery had plans to use the decoration as part of their Santa display this weekend, as the jolly old elf was set to visit with kids in the community.

Grainger says it’s unfortunate someone would do something so petty right around the holiday season.

“I would like to know why,” she said. “The police have been investigating, probably because of the hits we’ve been receiving on our social media. So, hopefully, these people have learned their lesson and they’ll either bring it back or something will happen. If anyone has any information for us or for the police, that would be great.”

A post on the Bakery’s Facebook page, which outlined the situation and features security footage of the incident, has been shared over a thousand times.

Grainger says if anything positive comes from all this – it’s the support they’ve received from all their customers.

“It’s really nice to feel that people truly do care and they’re really trying to help,” She said. “Lots of people were telling us this morning that they’d keep their eyes out and stuff like that. It’s good, it’s really wonderful to see so much good in the community.”

Grainger says she’s appreciative of everyone’s help in tracking down the ornament.