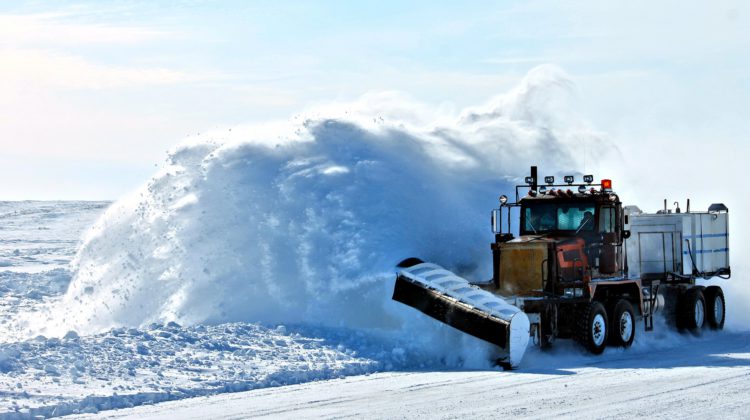 “If you don’t notice us and the roads are nice and clean, then we have done our job,” Bracebridge’s Director of Public Works Geoff Carlton tells the MyMuskokaNow.com newsroom.

With 10 to 20 centimetres of snow expected to fall between Monday and Wednesday, it seems as though winter has arrived. For the Public Works Departments in Bracebridge and Huntsville, the process began months ago.

“We started our winter process in September,” Carlton explains. That included bringing in new staff, training them (and returning staff) and making sure all the equipment is in good shape. He says they also worked on optimizing the route they take. “As the town grows, we try to reconfigure our route so we have a good level of service provided,” he says.

The Town of Bracebridge put out details last week on how they will handle this winter. Carleton says there will be no major changes to their operations, but some of what they do will rely on residents’ cooperation. Overnight parking bans started in October and will continue through to April 15th. You aren’t allowed to park on municipal roads between 2 and 6 AM. “As winter progresses, we do have roads that deteriorate,” Carleton says. That’s why he says it’s important for people to always be aware while driving – especially on days when a lot of snow has fallen or is still falling.

The Director of Operations and Protective Services for Huntsville Stephen Hernen says they have already had to tow “a few” cars who disobeyed the parking ban in place in the town. He notes you can park in any municipal lot and you will not be towed.

“The public will see no changes from last year,” he says on what to expect in town. In Huntsville, Hernen says they will have a crew running 24 hours a day in the winter. That started November 1st and will go until April 15th. They’ve also had a few small changes behind the scenes to make clean-up more efficient.

The initial blast of snow that happened allowed crews to test their equipment and make sure it’s ready to go for the winter. Carleton called it the “pressure test” and according to him and Hernen, both towns passed.

Carleton says COVID-19 hasn’t been a major problem for them. He explains they made an operational plan in March that ensured they’re following provincial regulations. He adds that it’s changed four times since its original creation. “A lot of it is making sure our staff are physically distancing,” he explains.

The two agree that it’s business as normal when it comes to snow removal. “Be patient and give us some time,” Hernen says.