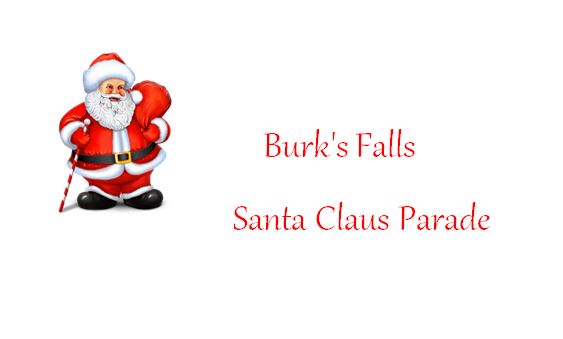 With no plans for a parade this year, the group that runs the Burk’s Falls Santa Claus Parade are looking ahead to 2021.

The committee for the parade decided to cancel this year’s event due to COVID-19, but that’s not stopping them from trying to spread Christmas cheer and put plans in place for next year’s event.

Every year, the committee holds a lighting and decorating contest for residents in Burk’s Falls.

This year, they’ve decided to extend that invitation to neighbouring townships of Ryerson and Armour, so that more people can showcase their Christmas spirit.

After years of seeing the parade grow, Board Chair for the Parade Danika Hammond says it’s a bittersweet feeling that they won’t be able to do one this year.

“The whole village is bummed,” Hammond said. “We went from having our daytime parade and it was just a small parade and for the past few years, we have held one during the night and had just over 50 floats and it’s been a huge success. People are able to see the lights and get that more magical feeling. So, it’s been a different experience than what people are used to and they’ve been looking forward to it.”

In years past, the parade has relied heavily on donations from the community.

That’s why in addition to the decorating contest, they’re hopeful that businesses and community members will help out so that they can plan for next year.

“We don’t want to hurt local businesses or people because we do know COVID-19 has put a strain on both,” Hammond said. “That’s why we ask any donations being made go to the Burk’s Falls Legion or directly to us. Without them, we wouldn’t even have a parade. So, donations to them actually help our parade tremendously.”

There are also prizes available to the best-decorated properties – whether they be houses or businesses.

To enter the contest, which ends December 12, you can head to the Burk’s Falls Santa Claus Parade Facebook page.