Gravenhurst council at odds on appointment of new Deputy Mayor 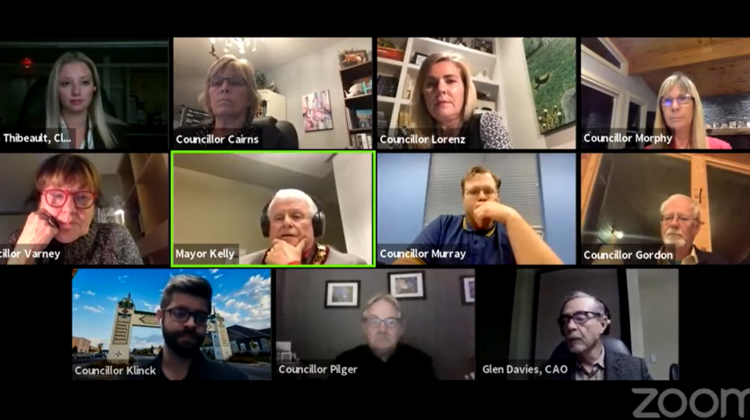 The debate over Gravenhurst Mayor Paul Kelly’s choice of Councillor Heidi Lorenz to be the next Deputy Mayor was not a straightforward affair.

Council debated for nearly 30 minutes on the subject.

The motion by Mayor Kelly to vote on Lorenz becoming Deputy Mayor was first put forward at Gravenhurst council’s October 20th meeting. The vote ended up being tied because Lorenz abstained due to a perceived pecuniary interest. The motion was considered defeated.

A motion was put forward for council to reconsider and seek legal advice on whether or not Lorenz did have to declare a pecuniary interest, or if she was able to vote.

Councillor Steven Klinck suggested that the motion be reconsidered and pushed back because council didn’t receive the legal advice in time. Clerk Kayla Thibadeualt noted that for a motion of reconsideration to be considered, it needs to be submitted by the Wednesday before the next council meeting by noon. Councillor Jo Morphy noted they didn’t get the advice until Thursday, so that was not possible. She later suggested moving the vote to December’s council meeting.

The legal opinions submitted both said that Lorenz didn’t need to abstain from voting. “This is why this is being brought back again,” Kelly said. “We need to deal with this sooner rather than later.”

Klinck suggested that Lorenz could have done her due diligence to see if she was able to vote and this would have been avoided. “I made a mistake,” Lorenz said. “I take full responsibility.”

Councillors Sandy Cairns and Penny Varney spoke during the debate and said they were disappointed with how “some” members of council were acting. “I’ve never had anything in my years of being on council had anything like this happen,” Varney said. “I feel like we should be working as a team.”

Eventually, it was put forward to suspend section 8.3 of the procedural by-law to allow for the vote to be redone. It was carried and Lorenz was approved by a 5-4 vote. Councillors Graeme Murray, John Gordon, Varney, Lorenz and Mayor Kelly voted for the motion, while Councillors Terry Pilger, Morphy, Cairns and Klinch voted against it.

Before the vote, Klinck put forward a motion to adjourn in protest of the rules being suspended to allow for the vote to be redone. “I feel like what we’re about to do is undemocratic,” he claimed. After some deliberation on how to handle it, the motion was defeated.

Lorenz was due to serve as Acting Mayor in 2021, so council also voted to have Pilger take over that role.