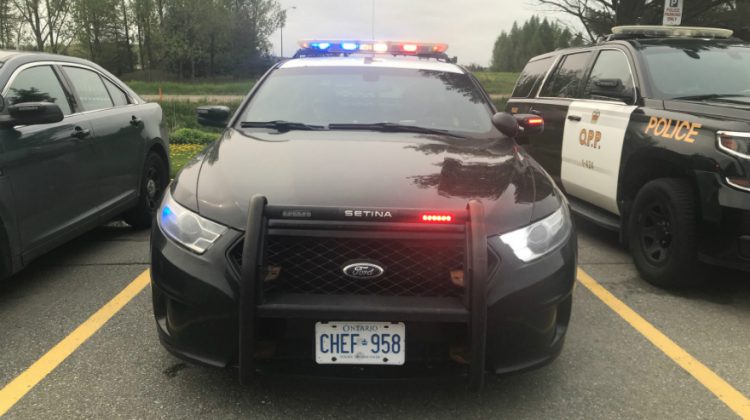 The Huntsville OPP is highlighting an uptick in impaired driving following five arrests in the first two weeks of the month.

On November 1st, officers observed a car driving erratically at a high speed on Grandview Drive and initiated a traffic stop.

Police say they noticed an odour of an alcoholic beverage coming from the driver and as a result, they arrested and charged her with impaired operation.

The accused, 23-year old Shianne Sinclair of South River faces multiple charges and has since been released from custody.

On November 5th, the Huntsville OPP initiated a traffic stop on Main St. West, when they noticed a car being driven in an erratic manner.

Upon exiting his car officers observed the suspect was very unsteady on his feet and the driver was arrested for impaired operation.

Then on November 8th, officers responded to a single motor vehicle collision at the intersection of Stephenson Rd 7 West and Stephenson Rd. 8 West in Huntsville.

When they arrived, they found the motor vehicle had already been removed and the driver was not at the scene.

Police located the vehicle and driver a short distance away from the collision scene at a residence.

The driver of the car that was involved in the reported collision – a Bracebridge woman, was found to be intoxicated – while the driver of the vehicle used to tow the car to the residence was also found to driving under the influence.

Both parties were arrested for impaired and as a result, 48-year-old Tammy Mallette and 53-year-old Robert Earl of Huntsville were charged.

Both face impaired operation charges and were released from custody.

Finally, on November 12th, officers received a traffic complaint of a car being driven in an erratic manner on Cooper Lake Road.

Police located the car in question and initiated a traffic stop and the driver was arrested for impaired operation.

35-year-old Liam Rennick of Petawawa is charged with impaired operation and has also been released from custody.

All five individuals involved in these charges will be before a judge in Huntsville on December 16th.