Friends of Muskoka pledge $25,000 for Habitat for Humanity project in Bala… if the community can match it 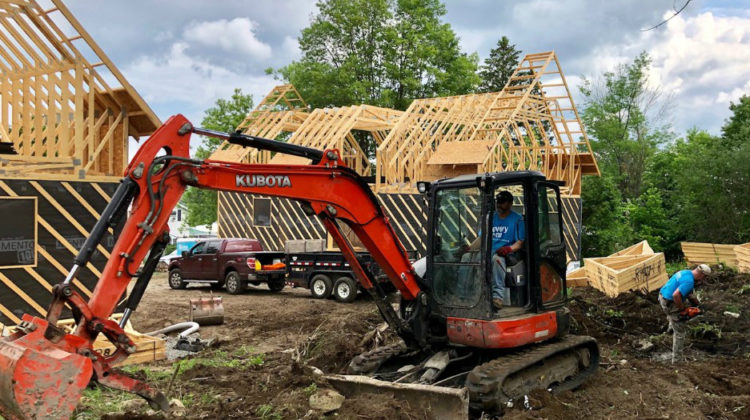 Habitat for Humanity Ontario Gateway North is in the fundraising phase of their project in Bala, and have gotten a big boost from the Friends of Muskoka.

They have pledged to donate $25,000 to the project that will see two affordable houses built on Elm Street in Bala. The catch is that the full total won’t be donated unless it’s matched by the community. “It’s contingent on fundraising,” CEO of Habitat Kimberly Woodcock tells the MyMuskokaNow.com newsroom.

She says they will break ground on the project next year. Until then, they’re fundraising for it. “Members of the friends of Muskoka have stepped forward and pooled their resources to donate $25,000,” Woodcock says. The community has until the end of the year to match it. Woodcock says the full total will only be donated if the community is able to raise $25,000 as well.

Heather Scott is a broker with Forest Hill Real Estate has already pledged to donate $25,000. “I actually grew up just down the street from where this building site is,” she says. She adds that every dollar makes a big difference. “Being born and raised in Bala and knowing the need being in real estate, I can see the need in the community,” she says.

“Muskoka is very unique,” Woodcock says. “A lot of people are moving into the area. Real estate prices are going up and local people are getting more and more challenged to find safe, affordable, decent housing.” Woodcock says supply is lacking in home ownership and rental properties.

Mayor of Muskoka Lakes Phil Harding says some people think it’s just “richy rich” in Muskoka but there are some people who struggle in the rural areas. “This will help solve some of that problem,” he says of the project. Harding adds that he’s glad the community has a part to play in the project as well. “It’s a win-win,” he says.

The project won’t get started until next year, but Woodcock says you can get your name on the list to get a property now. An eligibility questionnaire is available on Habitat’s website. Woodcock says by filling that out, you will be put in a queue and will be the first to know when applications open up.

Habitat’s website is also where you need to go if you want to donate to help out their project in Bala.