No injuries in early morning fire on Saturday in Bracebridge 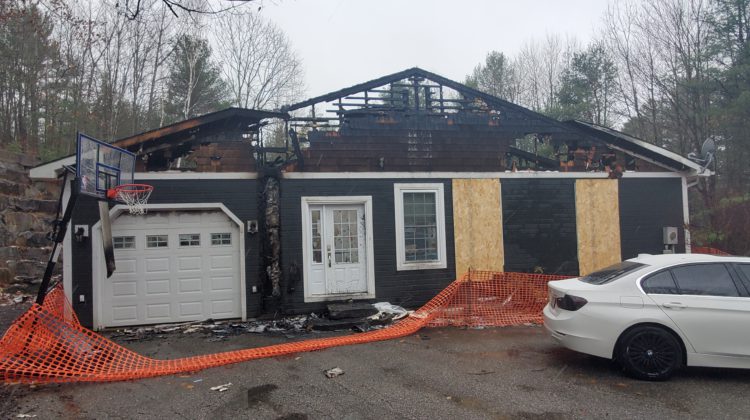 The Bracebridge Fire Department was called in at 4 AM to battle a house fire on Cedar Lane.

“The fire had gotten into the attic space of the house,” Bracebridge Fire Department Fire Chief Murray Medley tells the MyMuskokaNow.com newsroom. By the time firefighters arrived, it had burned through the roof of the home.

“It’s not suspicious in any way,” Medley says. The department was on the scene battling the blaze for around three and a half hours.

He adds the family was able to get out safely, despite being asleep when the fire started. “A passerby noticed it, stopped by, and woke them up,” he explains. The fire didn’t spread to any neighbouring homes.

“The whole house has got significant water damage,” Medley says. “It burnt the trusses off, and they, in turn, fell into the building. “It’s probably going to be a rebuild.”

Medley says they haven’t narrowed down the exact cause yet.