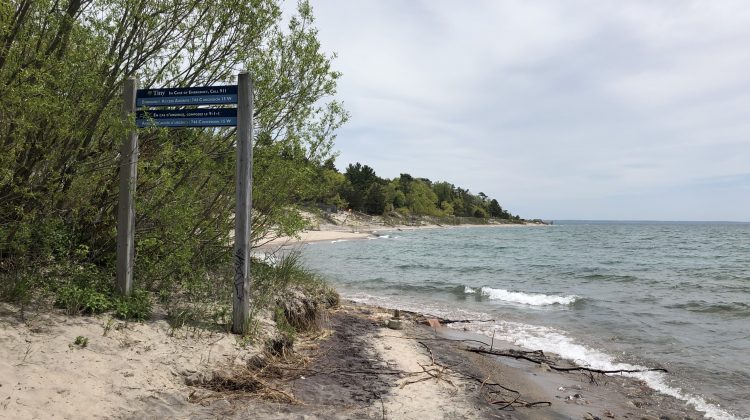 A Georgian Bay beach is pictured on June 9th, 2019. Photo by MyMuskokaNow Newsroom.

The MPP for Parry Sound Muskoka is working to reduce dock foam pollution in Ontario’s waterways.

Last week, Norm Miller introduced the Keeping Polystyrene Out of Ontario’s Lakes and Rivers Act– which is designed to reduce polystyrene pollution by requiring any polystyrene foam used in the constructions of docks and rafts to be fully encapsulated.

“I was happy to have the opportunity to introduce Bill 228 in the legislature,” Miller said.  “Growing up in Muskoka and now living on Georgian Bay, I have always felt lucky to have such beautiful waterways to explore and enjoy. I hope that reducing plastic pollution from docks will help better maintain them for generations to come.”

On Tuesday, on a visit to see Point Pleasant Marina’s new Seabin in operation, Miller had the opportunity to speak with owner and operator, Drew Lichtenheldt.

The marina’s new Seabin can collect over 8 pounds of waste each day, including micro-plastics and oil, and is part of a government-supported initiative through Pollution Probe.

Even though they rake their shore daily, Lichtenheldt points out there is always foam to be collected.

“I’m a big advocate of using steel tube docks over blue foam docks, they are far superior and are fully recyclable,” he said.  “We work with a local business, Kropf Industrial and they do great work.”

In October Jeff Yurek, Minister of the Environment, Conservation and Parks announced the government would be providing Pollution Probe with $375,000 to collect plastic waste from marinas around the province using innovative plastic-capture technology.

It will be the largest initiative of its kind in the world.

“Through the Great Lakes Plastic Cleanup we are working to capture and identify the different kinds of plastic getting into our water so that we can engage people in preventative action,” Pollution Probe’s CEO Christopher Hilkene said. “We appreciate MPP Norm Miller’s efforts to ensure that dock foam isn’t a source of plastic pollution in Ontario’s waterways.”

When non-encapsulated dock foam is exposed to the elements, it can break apart into the visible waste and it can also further break down into microscopic particles that are harmful to fish and other wildlife.

While docks are not the only source of polystyrene contamination to our waterways, the hope is that requiring encapsulation will greatly reduce the problem.

Point Pleasant is 1 of 12 locations in Ontario that will have a Seabin or other plastic capture technology installed and as part of the project Pollution Probe will analyse the types and amounts of waste collected.