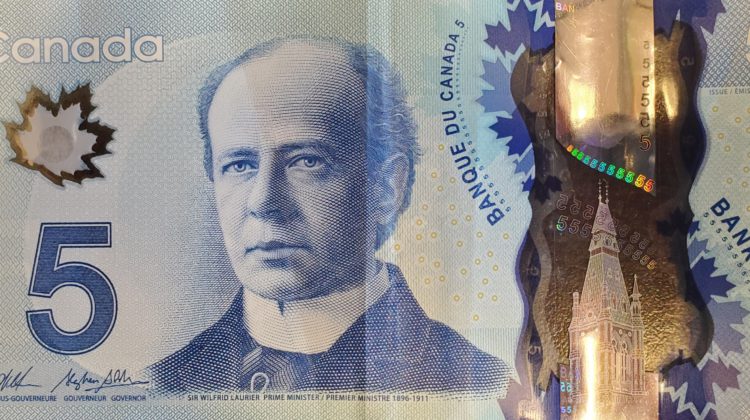 First World War hero Francis Pegahmagabow is from Parry Sound and may be the next face you see on the $5 bill.

The Bank of Canada released the eight-person shortlist this week. Also on the list are Inuit printmakers Pitseolak Ashoona, founding member of the Canadian Women’s Press Club Robertine Barry, first known baby of Chinese parents to be born in Canada Won Alexander Cumyow, Terry Fox, founder of the Unitarian Service Committee of Canada Lotta Hitschmanova, Siksika chief Isapo-muxika, and founder of the League of Indians of Canada Onondeyoh.

Pegahmagabow was born in Parry Sound in 1981 and was a vocal advocate for Indigenous rights and self-determination.

He fought in the Second Battle of Ypres in April 1915 and was later promoted to Lance Corporal. He also fought at the Battle of the Somme in 1916, and the Battle of Passchendaele in November 1917. The accomplished sniper is credited with 378 kills and the capture of nearly 300.

After the war, he served as the Chief of the Parry Island Band from 1921 to 1925 and served as the band councillor from 1933 to 1936. During that time, he lobbied the Prime Minister to reform and improve the government’s treatment of Indigenous peoples.

The Bank of Canada says around 45,000 submissions came in. The shortlist was decided on which nominees changed Canada for the better, their impact is known nationally and reflects Canadian values, and the impact they made is relevant to today.

Finance Minister Chrystia Freeland has the last word on whose face ends up on the $5 bill. She will make her decision sometime next year with the bill going into circulation a short time later.