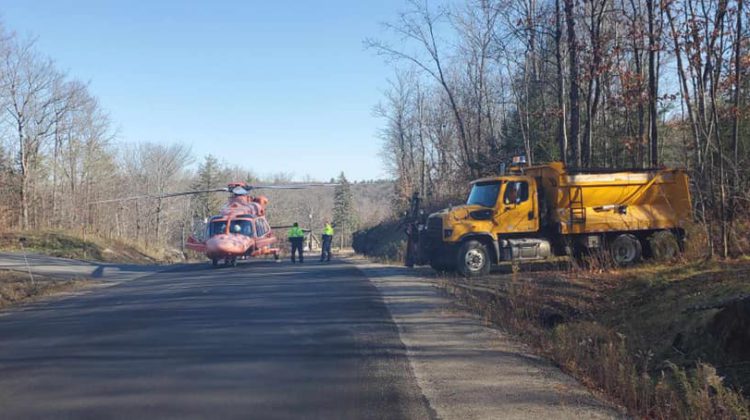 OPP have confirmed the driver of a Hydro One vehicle has died after a cement truck rolled on top of it.

The 37-year-old driver of the pick-up truck was pronounced dead at the scene. He was the only occupant.

The crash has closed Brackenrig Road between Windermere and Faulkenburg.

Katy Viccary with the OPP tells the MyMuskokaNow.com newsroom the driver of the cement truck is being airlifted to a Toronto area trauma centre with serious injuries.

No details on how the crash happened were given.

She says that investigators are on the scene. The road closure will be in effect for “some while.”