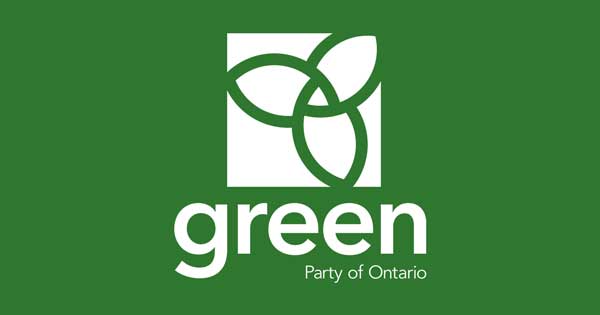 (Photo via Green Party of Ontario)

The race to lead the provincial Green Party in Parry Sound-Muskoka is officially underway.

According to President of the local Green Party of Ontario Association, Arleigh Luckett, the candidate selection process has begun and applicants who are looking to represent the party have until October 21 to submit their application.

Luckett says members and supporters will have the chance to hear from the contestants during the party’s online AGM on November 14.

“Now is the time for members to make sure their membership is up to date,” she explained. “We encourage supporters who would like to participate in the vote to join by October 30 by contacting our Membership Coordinator, Legh McNabb for more information.”

Due to COVID-19, the vote will take place online during or following the AGM.

The exact details are still being worked out as the district is one of the first ridings to receive approval from the provincial nominations committee for an application deadline.

The Green Party is looking to build off its success from 2018 – after it received 20% of the vote.

“We have been working on our 2022 election readiness plan since the beginning of this year,” Luckett said. “We are pleased that the legislature just passed a unanimous motion confirming the fixed election date in June of 2022 because an early election would indeed be reckless at this time.”