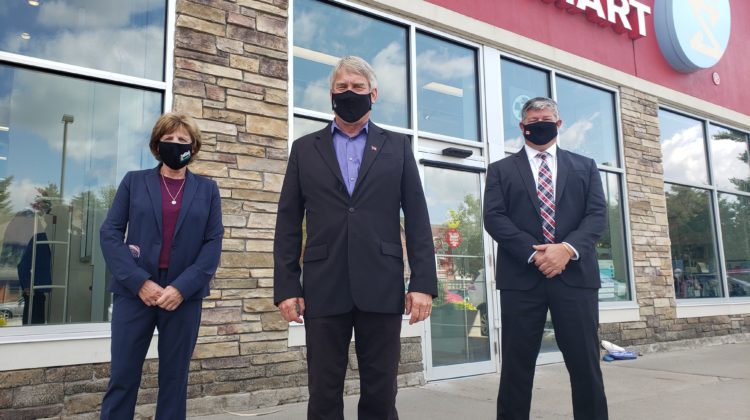 In order to alleviate pressure at local assessment centres – pharmacy testing for COVID-19 is now available in Parry Sound-Muskoka.

Premier Doug Ford was in Huntsville on Wednesday to announce the expansion of testing to 60 pharmacies across Ontario, including the Shopper’s Drug Mart on King William Street.

Given the increased demand in testing, MPP for Parry Sound Muskoka Norm Miller says this will have a tremendous impact on Muskoka residents looking to get tested.

“Pretty much every community has a pharmacy and that makes it that much more convenient and easier,” Miller said. “It takes the demand off of the hospitals that are doing testing so, I’m very happy that the Premier chose Huntsville as one of the locations and that we get to announce it province-wide right here in Huntsville.”

The announcement comes after Muskoka saw its highest daily count of COVID-19 since the start of the pandemic, with 10 cases reported Wednesday.

Huntsville Mayor Karin Terziano was also on hand to celebrate the announcement and she feels pharmacy testing is coming at the perfect time.

“We’re fortunate to have had the Premier here to make the announcement, it’s a really big announcement,” Terziano said. “That’s going to add who knows how many tests across the province that can get done in a day. And it’s going to take the burden off our current assessment centre that we are running three days a week, so, it’s great news.” 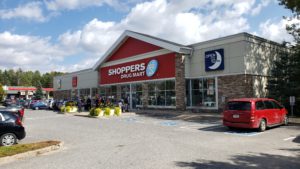 All people wishing to get a test must be asymptomatic and will be fully screened before given the free test.

These new testing options are part of the province’s Fall Preparedness Plan.

Member of Parliament for Parry Sound-Muskoka Scott Aitchison – who was also at the announcement, says this is a step in the right direction to ramp up testing in the district.

“This is one more tool in the provincial arsenal to combat this. We of course at the Federal level continue to advocate supporting the provincial government with extra funds for healthcare and accelerate things within Health Canada to ensure different tests are approved and available.”

Pharmacy testing will officially be available starting this Friday.