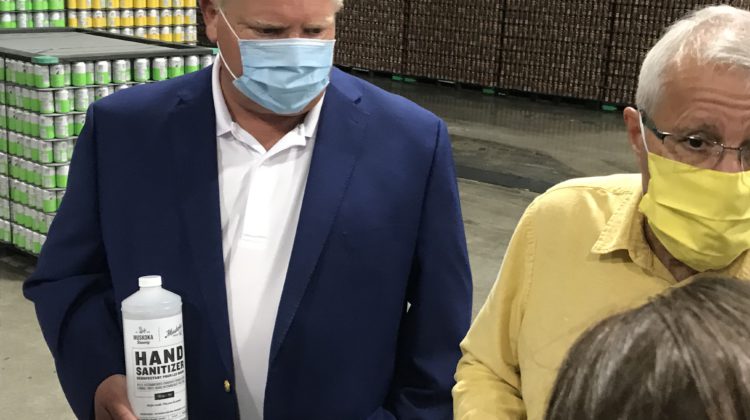 Premier Doug Ford will be back in Muskoka today.  This time he will be joined by Deputy Premier and Health Minister Christine Elliott in Huntsville.  An advisory sent out by his office says Ford is set to make an announcement at 1:00 this afternoon.

Yesterday, Ford pleaded with Ontarians to get their flu shot this year saying it was never as important in order to prevent overcrowding of hospitals.  Ford is expected to roll out the rest of his government’s COVID-19 Fall Preparedness Plan throughout the rest of this week.

The last time Ford was in Muskoka in early September when he announced 2-million dollars in funding for Bracebridge’s Smart, Safe to create 50 jobs to produce a lighter and more comfortable face mask.