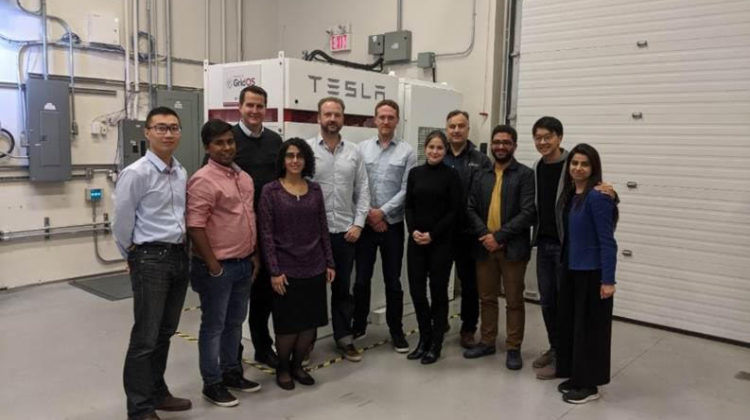 One of the world’s most innovative smart energy projects is set to take place in Parry Sound.

Lakeland Holding announced Tuesday that its subsidiary Bracebridge Generation is unveiling DEMOCRASI, a $4 million innovative demonstration project that will build on other Lakeland project assets.

The overall winning project between the two countries will receive an additional $1M Grand Prize by the end of next year.

The three Canadian projects that were chosen to be eligible to receive up to $3M each were subsequently announced by NRCan.

Bracebridge Generation’s DEMOCRASI will show how it can move the current energy grid to a future of expanded Distributed Energy Resource integration.

The project combines two existing technologies to provide a management solution for the increasing number of DERs.

Lakeland CEO Chris Litschko says with innovation changing at a rapid pace, they wanted to step up and meet the challenge.

“Lakeland’s Bracebridge Generation looks forward to working with our partners to successfully carry out one of Canada’s most innovative projects,” Lischko said. “Once proven, this type of project can be deployed worldwide making distribution systems cleaner, efficient, creating jobs, and lowering electrical bills. Ultimately this could lead to a better quality of life and improve business competitiveness.”

The innovative hardware and software monitors and controls how each is utilized so the grid is used most efficiently benefiting consumers with lower-cost electricity. T

DEMOCRASI can be utilized in both competitive and non-competitive electrical systems worldwide.

By the end of 2021, analysis of the project outcomes will determine the team with the highest-performing solution, who will be awarded the $1-million grand prize.