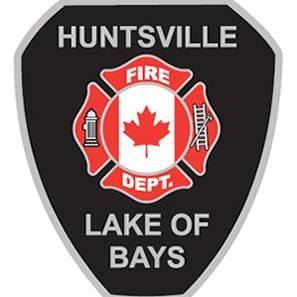 A Huntsville cottage has been nearly destroyed following an early morning structure fire.

Firefighters from Huntsville and Lake of Bays Fire Department attended a call on Tuesday, around 1:30 a.m. at 161 Wilson Drive after a witness noticed a fire in the area.

No one was in the cottage at the time of the fire and no injuries have been reported.

According to Fire Prevention Officer Mike Vadlja, the fire was extinguished at around 5 a.m.

“By the time crews got there, at that time – the flames were already through the roof and were reportedly pretty high. It was kind of down on the embankment, so it couldn’t really be seen from Aspdin Road. So, that’s when the caller reported flames and it turned out to be a structure fire.”

Vadlja says they believe the fire stemmed from a number of exploding paint canisters.

He also notes that salvaging the structure seems quite unlikely.

“The cottage is a total loss; I mean it’s not completely burnt down but it’s a total loss. Damage is around $400,000 but we’re still investigating,” Vadlja explained. “There were no occupants in the building luckily, and it looks like they hadn’t been there in a couple of weeks.”

Vadlja says at this time, the fire is not being deemed suspicious.

An investigation is ongoing.