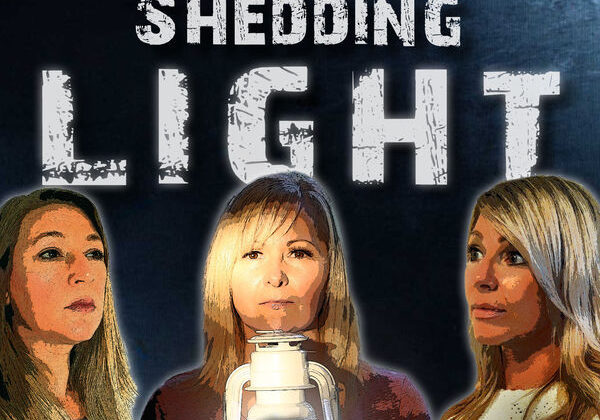 Three women from Northern Ontario have joined up to create a crime podcast, and it has already started to create new conversations.

Susie, of North Bay, Candy, from Gravenhurst, and Angela from the Owen Sound area are lifelong friends and sisters who have put together their passions of podcasting and crime documentaries to create the “Shedding Light” podcast, which focuses on missing person reports.

Their first season dives into the missing case of Melanie Ethier of New Liskeard, who has been missing for over 23 years.

“Every day we get emails, messages. We keep police informed. We are cautioned, but we are allowed to share whatever we’ve learned with the public. We respect the fact it’s an open investigation and we would never want to jeopardize anything. The whole goal is to find answers.”

It’s a fine line to walk for the ladies.

They don’t use names as they don’t want to ruin anyone’s reputation.

“It’s to engage people in conversation. Ignite memories. Suddenly, you get these little pieces. I’m sure the police have done all this work over the years. But new people are being interviewed (by police) as a result of the podcast. The public is to thank for that. Everybody wants the same thing. It’s unreal when this happens in a small community. We do some of our interviews over Zoom. We’ve interviewed young ladies over the last few days, and the result is we are all crying by the end. We insert ourselves. We feel the emotion from people. It’s really tough. Especially when you have kids of your own.”

Susie says she thanks the public for reaching out to the podcast and wants to remind them that anything they wish to say remains anonymous.

“We’re not forced to give police anyone’s names that asked us not to share. We can pass those tips on but don’t need to give a name in any circumstance. If somebody really, really needs to get something off their chest please reach out to us. it remains anonymous.”

The project all started a year ago, when Candy approached Susie with the prospect of doing a podcast.

Susie then reached out to her big sister, Angela, and the rest is history.

“We’ve known each other for years and actually partnered in a television series over 10 years ago. She talked to me about the idea and my sister and I got on board.”

The three of them had their own missing person experience three years ago, as one the son of their best friends of over 40 years went missing. 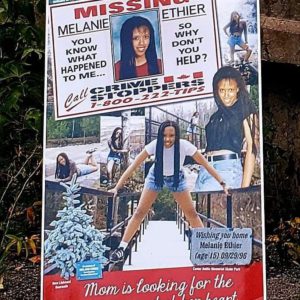 Ethier has been missing since 1996. (photo courtesy Shedding Light podcast)

“It opened our eyes and hearts to the mass amounts of cold cases and the poor families that are left behind to suffer. Her 20-year-old son had gone missing. During that time, we all struggled. It was crazy. Anyway we could help, we did. The power of social media. We pleaded the public to answer, digging everything up that we could and giving it to police. My Sister came up with an idea at the time, and we reached out to the group ‘Please bring me home’. They solicit anonymous tips from the public regarding any missing person cold cases across Canada giving them to police.  Their goal is to find the missing and bring them home. My sister approached them, and the group put it on their website. Eventually, a tip came in and lead to the body of my friend’s son. He had been murdered. It devastated my friend, her entire family and us as well. What she went through for three months… not knowing… it’s every parents’ worst nightmare. We couldn’t even imagine never finding your child. That’s where it all stems from.”

The three mothers have now put that same effort into finding Melanie Ethier.

The ladies have four episodes up, available on every on various platforms.

“I’m not from New Liskeard, Candy is. We did a road trip during COVID and stayed at a family cottage. We did some scouting around. We walked the roads Melanie walked. Candy wanted to start with this case. Sept. 29th, it’ll be 24 years this year. She was only 15 years old when she went missing. The case had always haunted Candy. It ate away at her for years. You see Melanie billboards on the Highway. You know the community, how it affected all of them. Something told her we gotta start there and we said sure.”

The three discussed how they could be more than a podcast. They didn’t want to just tell the story and move on to the next case.

“Our mandate is to use the platform to encourage the public to engage in conversation with one and other, and with us. We want people to reach out to us. We’ve been working alongside OPP, filling them in, providing all the information given to us, and filter through it. Working together we believe anything is possible. Bringing home a missing loved one after 24 years is possible. Somebody knows something. Somebody has the missing piece of the puzzle. When they listen to us, it’s like they know us. We are a familiar voice. We’re three moms. We’re not scary or judgmental. We’re very open-minded. We’re not afraid to lean into a case for answers. We’re giving it our all. The response has been absolutely tremendous. We’re blown away.”

Susie says that some people are intimidated to speak with police, so they speak with them instead.

“Police have only released two tips in the last 24 years. We feel it’s time to shake things up a bit,” she added.

The podcast features Melanie’s friends, and family speaking with the ladies. They think it’s important to speak with the people that were involved in her life.

“If anyone listens they’ll hear a tonne of information and tidbits. We caution… is there a grain of truth to these tidbits? Possibly could be. Who are we to say there’s no truth in anything shared of us? Now we have concerned citizens coming forward, things we’ve released people say ‘oh my gosh, it reminds me of something that happened years ago and I never thought of it’. It is important, I think. To let things out to the public. Anything we feel the police are looking into, or a news tip, we can’t share for obvious reasons. It could impede in the investigation. But we’re excited. We feel like this is the year. We feel like this is the year she’s coming home.”

Anyone who wants to reach out to the podcast with any information can call 437-374-3030, or email at sheddinglightpodcast@gmail.com

You can find all of the episodes on Spotify, and Apple Podcasts, as well here.