Otters Excited To Get Back On The Ice 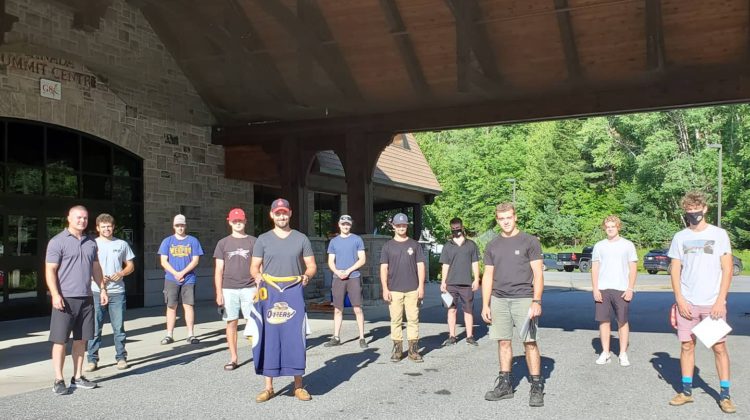 It’s been a very busy offseason for the Huntsville Otters ‘Junior C’ Club.

Following the announcement from the Provincial Junior Hockey League of a tentative return-to-play date of December 1st, Otters General Manager Marc Gagnon says he’s very excited to get the wheels in motion and get back on the ice.

With three player signings in under a month, the GM says that having that return-date set is key to drawing in even more prospects.

“It helps for recruiting because if I can have that tentative date to tell them, right now that’s huge because a lot of leagues are not sure what’s going on,” Gagnon said. “But by being able to talk to these players, that’s a big thing.”

That target date is still subject to change based on legislation and advice from public health officials.

While some professional sports leagues have gone ahead with a no-fan approach, Gagnon hopes by December measures will be in place that will allow fans to safely attend games.

“I hope there are fans, it’s a huge part of the game but it’s kind of out of my control. I’m just super happy there’s at least something in the future here because the kids want to play. Including myself, the whole organization is putting in a lot of work and we kind of want to see that work on the ice.”

The return-to-play date is still subject to approval from the government, health officials and Hockey Canada authorities.