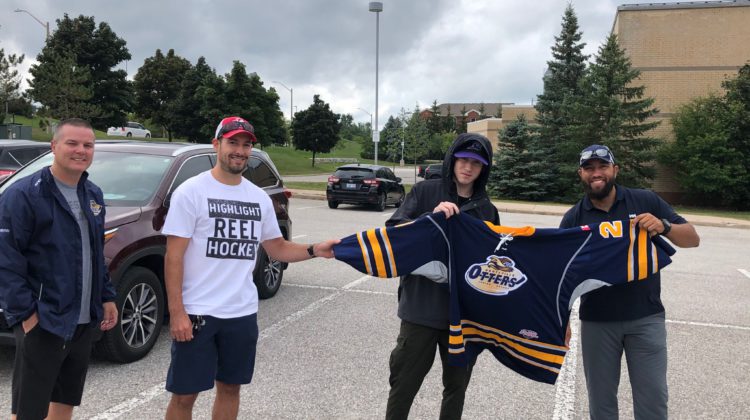 Another week, another signing for the Huntsville Otters Junior C Hockey Club.

The Otters announced yet another addition to their squad, signing 18-year-old Scott Ummels to the squad.

General Manager Marc Gagnon says they’re excited to see the skills and experience that Ummels will bring to the team.

“He’s a very skilled offensive player. Some of the skills he has, include his speed – which is awesome. As I mentioned, he likes to be an offensive guy which is good too. Most of all, he’s a great kid. I’ve been talking to him for over a month, and he’s just a great kid.”

Gagnon says the addition of Ummels is just a part of their continued effort to build a winning team.

“Scott will be one of our offensive guys, he’s pure offence. He loves to use his speed and that’s what I expect him to do. You know, it seems every week we have a new signing, and I absolutely love that.”

Earlier this week, the PJHL announced the league has set its target date for a return-to-play for December 1st.

Gagnon says he’s happy to see a timeline in place and hopes it’s a sign of positive things to come for the league.