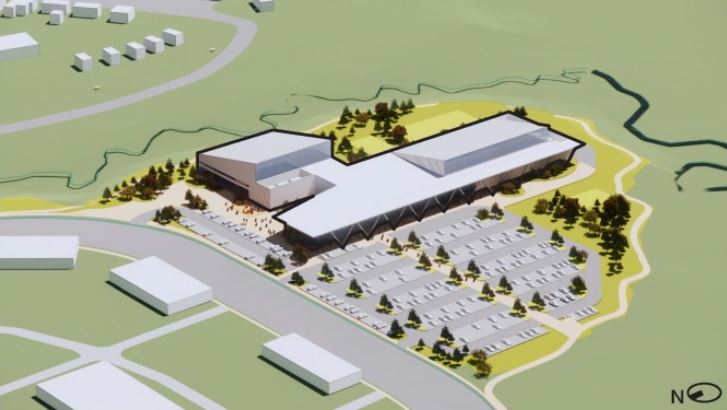 BRACEBRIDGE, ON-Following the announcement of Bracebridge not receiving government funding for its proposed Multi-Use Community Centre, new options are being considered.

Bracebridge Mayor Graydon Smith tells MyMuskokaNow while he’s disappointed the MUCC project was not selected to receive funding, they do have a backup plan.

The Mayor says the town is now considering a phased building approach.

“We are hopeful that we can find another funding source that will allow us to do this project in one phase.”

Smith also confirmed if things go according to the timeline they established, shovels will be going in the ground in early 2021 to build the arena.

Once completed, the town would be able to add more of the building on – but Smith notes it would be difficult to confirm when that would happen.

He did note, however, that the add on process wouldn’t be a one or two-year time frame.

Even though they missed out on their chance to receive this funding, Smith says they will be looking for more opportunities to receive money from the government.

“There is a huge ask that has taken place throughout Ontario to build new projects, so I can’t say when funding will be available for future phases, and obviously we would have to take on some level of debt to build the first phase.”

MUCC Committee meetings are still underway, and Smith said they are continuing to discuss some of the design components that will be going into the facility and ensure it will look the way the town envisions it.

Provided everything goes as planned, the Town anticipates the MUCC to open its doors in the fall of 2022.