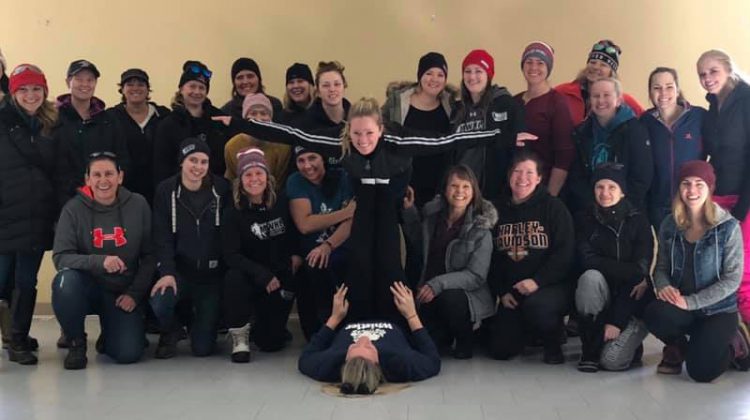 The Muskoka Women’s Hockey League (MWHL) is itching to return to the ice and no one more so than league executive Steph Oates.

Oates says that she and the other three executives for the MWHL have taken a back seat approach, with the safety of all players and facilities staff being the utmost priority.

“We’ve taken our approach moving forward from Canadian Adult Recreational Hockey Association, our governing body, as well as Public Health and the town as far as where the direction is coming from,” said Oates. “We’re in constant communication on our return to play framework and how that’s going to look.”

Oates says right now that hockey as we know it is going to change moving forward.

“From how we arrive to how we leave is going to change.  It’s going to be different. Our league doesn’t start until the Sunday after Thanksgiving anyways, so we’re kind of in a positive position because we still have time to communicate to our members how the season is going to look like. It’s what we want to do, first of all, to see what kind of interest we have for this upcoming year. It’s one of the reasons we opened our registration to $0.00. It’s to have an expression of interest, almost pre-registration, to see comfort level from their safety point of view. And more importantly for us and our numbers, what our actual teams will look like.”

Oates says that she does foresee smaller numbers and whether they move to a 4on 4 or 3 on 3 format is yet to be determined.

She also shares that tournaments are also off of the table as well.

“It’s about understanding what our ice allocation needs to be, how many teams do we have and preparing a stage one for us. Like the province re-opening… how we’re going to prepare and move forward. “

Oates says the MWHL is the largest adult recreational hockey league in Muskoka.

“It’s amazing. The testimonies and feedback we received are unreal. We will try everything we can to continue to have that avenue, and that place for somebody, anyone, to go and skate on Sundays in the safest manner that they can. […] We are definitely getting lots of registrations already coming in. I think people understand it’s a social aspect, people are patient, and at the end of the day people want to be active in the winter in the safest manner that they can.” She said

“We’re all volunteers and we’re trying our best. I encourage everyone to get involved to facilitate things. Reach out to local hockey associations. Whether it’s adult or minor hockey because we really do need extra help!” she finished.

**With files from Bradley Aubin