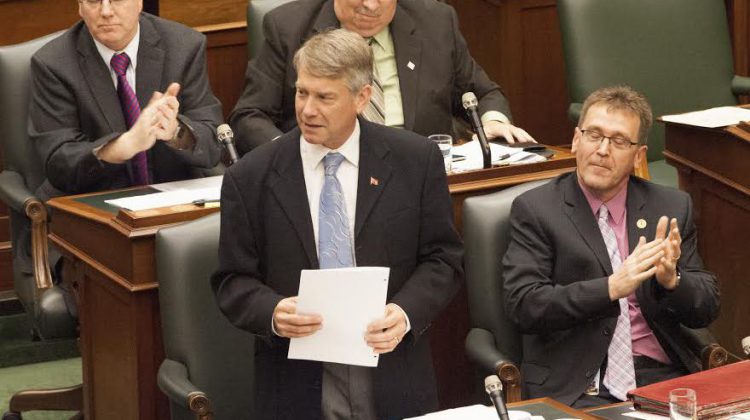 Three companies within the Almaguin Highlands Region are getting a boost from the government of Ontario.

On Wednesday, the province announced it is investing more than $1.4 million through the Northern Ontario Heritage Fund Corporation – to help these companies expand and create fifteen new jobs in the region.

“As the province reopens and the economy recovers, companies in the north need our support,” Minister of Energy, Northern Development and Mines Greg Rickford said. “NOHFC funding assists local businesses and creates good jobs, making sure our northern communities can grow and thrive.”

$1 million is going to Lofthouse Manufacturing in Burk’s Falls to increase productivity on the company’s valve assembly line by expanding its facility and purchasing new equipment, and they will be receiving $20,800 to accommodate a junior draftsperson intern position.

In an interview with MyMuskokaNow, MPP for Parry Sound-Muskoka Norm Miller says this should have a tremendous impact on Lofthouse’s operations.

“They’re investing in new equipment to make the operation more efficient and increase their output. That helps sustain and create new jobs. So, there’s eight new jobs, and I think it all just makes the operation more sustainable going into the future.”

In addition, $200,000 each is going to Fleetmetrica Inc. in Emsdale and Jonathan Miller & Sons Farms in Burk’s Falls.

Fleetmetrica will use its funding to create a version of its proprietary fleet management software app that can be licensed to other companies.

The app helps supervisors and drivers ensure vehicles are being safely operated – and it help will create four full-time jobs.

Miller says the software company has already proven it’s innovation amid the pandemic.

“Interestingly enough, in the COVID-19 times, they have also created an app that was being used for contact tracing of truck drivers, which is so important for moving food around, flying across the border, etcetera. So, it’s a very interesting and innovative company that will be expanding.”

Meanwhile, Miller & Sons will use its funding to develop a cattle farm that raises grass-fed, stress-free cows and calves.

The farm will also sell hay and firewood. The project will create one full-time job and one seasonal job.

Since June 2018, the NOHFC has invested more than $193 million in 1,386 projects in Northern Ontario, leveraging more than $748 million in investment and creating or retaining 3,912 jobs.