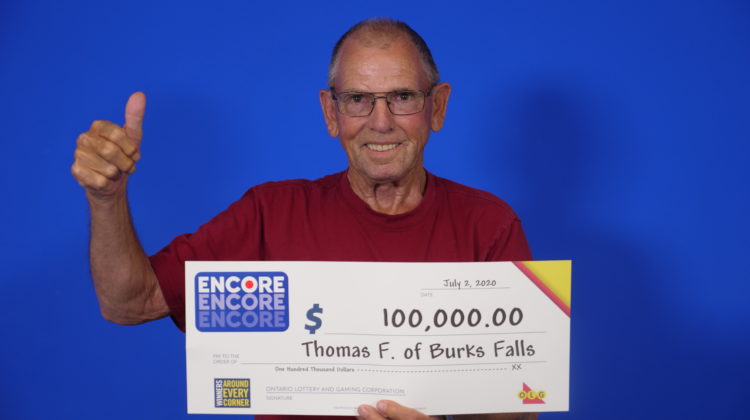 Tomas Foster was able to match the last six of seven ENCORE numbers in the exact order on the April 28th LOTTO MAX draw.

The 72-year-old great-grandfather discovered his win in the store where he bought his ticket. “At first the cashier said I won $1,000, and then he clarified he said $100,000,” he said.

“It took a little while to sink in. I started shaking a bit at the time. It’s quite an experience.”