Three tornadoes touched down in Muskoka 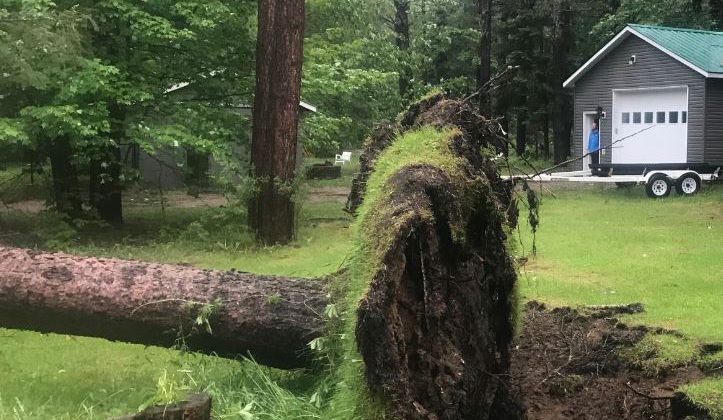 The Northern Tornadoes Project is an organization that aims to detect and provide data for all tornadoes in Canada and work towards better prediction.

Bracebridge was hit with a Tornado that carried winds reaching 150 kilometres per hour and resulted in more than 50 percent of barn roofs removed and horse shelters lofted and destroyed.

The one that hit Baysville reached 145 kilometres per hour and resulted in several trees collapsing.

Mary Lake saw a Tornado that reached 190 kilometres per hour and left a trail of broken trees in its wake.

Restoration efforts are underway by Muskoka municipalities and expected to take up to several weeks to finish.