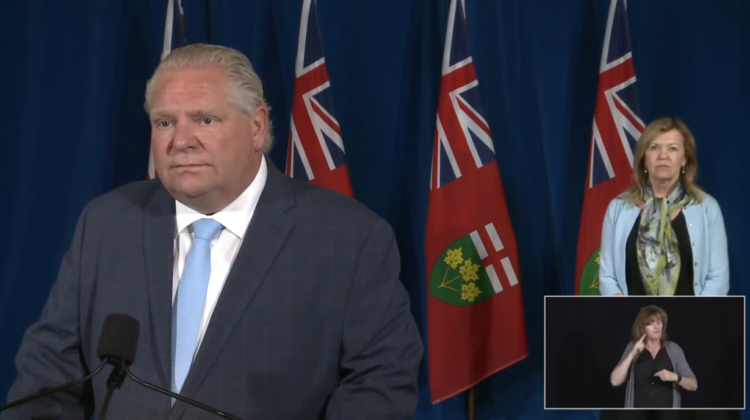 It’s been three months to the day since Ontario declared its state of emergency in an effort to curb the spread of COVID-19.

Premier Doug Ford started his daily address by looking back at what Ontario has accomplished over the past few months.

Ford thanked all Ontarians for their various efforts in ensuring the province has a sufficient supply of personal protective equipment.

Joining Ford was Ontario’s Minister of Health who said for the fourth day in a row Ontario reported fewer than 200 new cases of COVID-19.

Elliot says since Tuesday of last week there are over 1,400 fewer active cases in Ontario.

She says hospitalizations, ICU admissions and patients on ventilators also continue to decline every day, with a clear majority of public health units reporting fewer than five cases a day and many of them reporting no new cases at all.