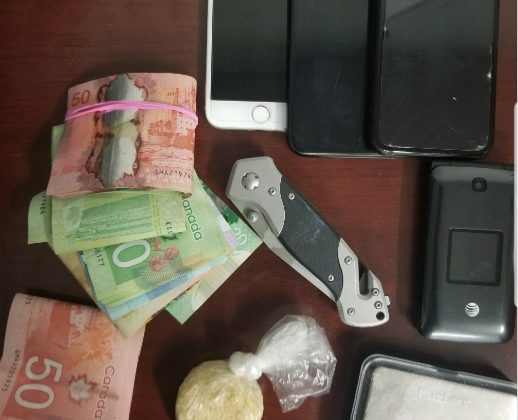 HUNTSVILLE, ON-Multiple charges have been laid out by Huntsville OPP after a vehicle stop resulted in officers being assaulted.

When pulled over, the male passenger of the vehicle provided the attending officer with a false I.D., which led to his arrest. The male, however, resisted and caused minor injuries to the officers.

While this was occurring, the female driver drove her car at the officers before she turned away and fled the scene.

The vehicle was eventually stopped on Muskoka Road 10 after the driver attempted to avoid a spike belt and nearly ran into another police cruiser. The woman reversed into the ditch, and officers were able to block in her vehicle and placed her under arrest.

As a result, multiple charges were laid against the 37-year-old from North York and the 25-year-old from Brampton, including fleeing from police, possession of a weapon, assaulting an officer, dangerous driving, and property obtained by crime under $5,000.

The man is set to appear in Remand Court on June 19th, and the woman is going to return to court in Huntsville on August 19th.